Appointing temporary approvers with Away Mode

When you or a coworker is out on vacation or leave, here's how we let you easily designate an approver to cover for them.

Written by Mads
Updated over a week ago

There are times when employees of your company are out for a period of time - on vacation, sick leave, or other - and they won't be able to approve the expenses they've been appointed to approve in Corpay One.

In these cases, Corpay One can automatically appoint another coworker to approve expenses in the employee's absence, ensuring that all your bills still get approved and paid on time.

Here's how to activate away mode for a coworker

1. First find the coworker who will be temporarily away in Settings > Coworkers, click the three dots to the right of their name, and choose Set as Away from the drop-down:

2. The Away Mode window will now pop out where you first need to toggle on the setting. As soon as you do, all workflow rules on which the coworker is appointed as an approver will appear.

Simply select which coworker should be designated as the temporary approver for each rule while the original approver is away. Click Save to save your selection. 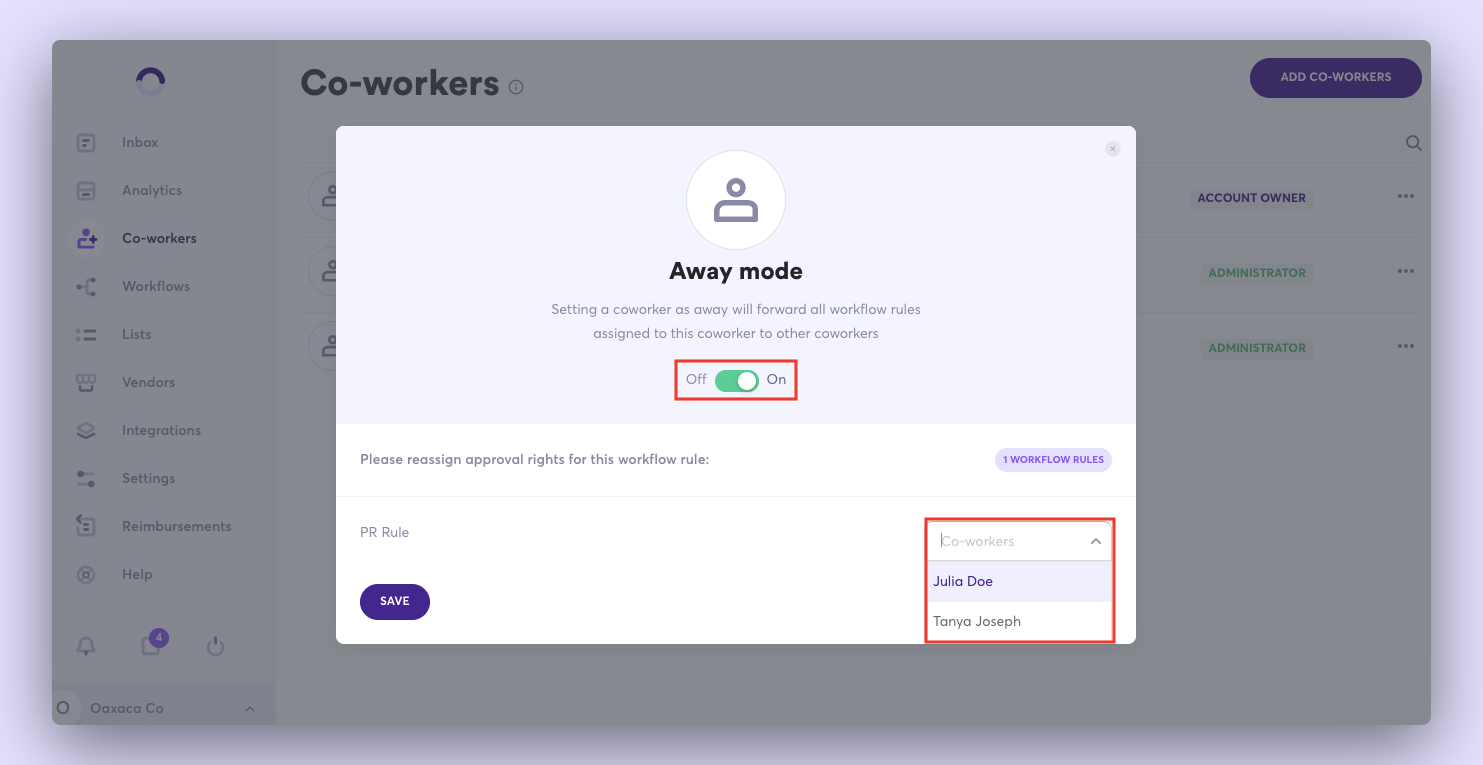 4. Now you'll see an Away label appear next to the coworker's name in the Coworkers overview. This means that a temporary approver has been appointed for them while they're out.

5. To view, change, or remove any temporary approvers from the "away" coworker, click the three dots next to their name again and click Edit away setting:

Did this answer your question?